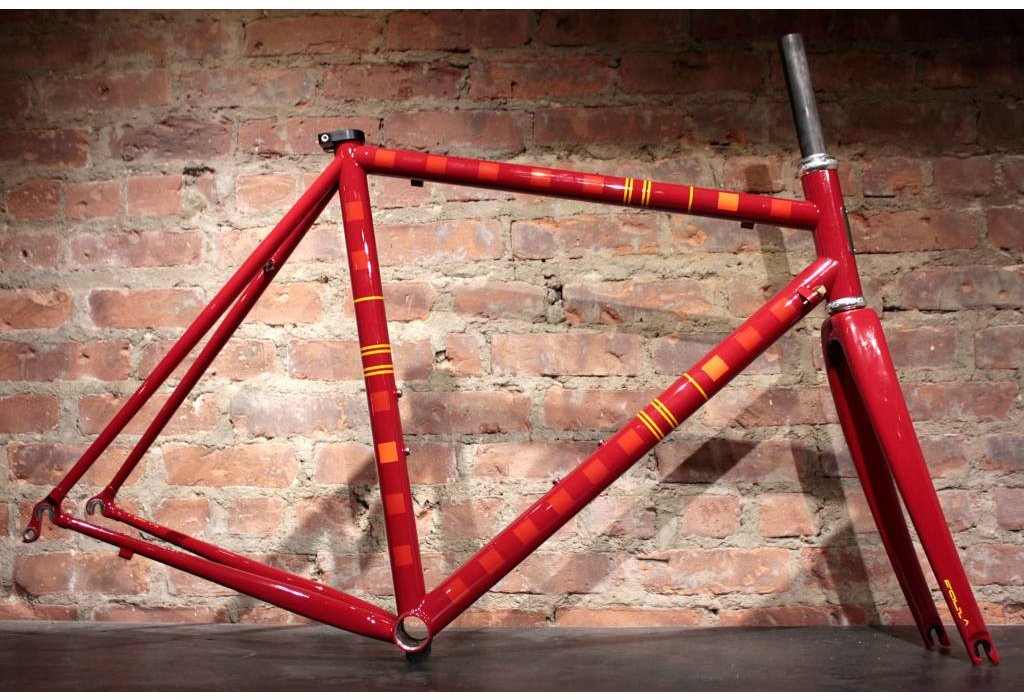 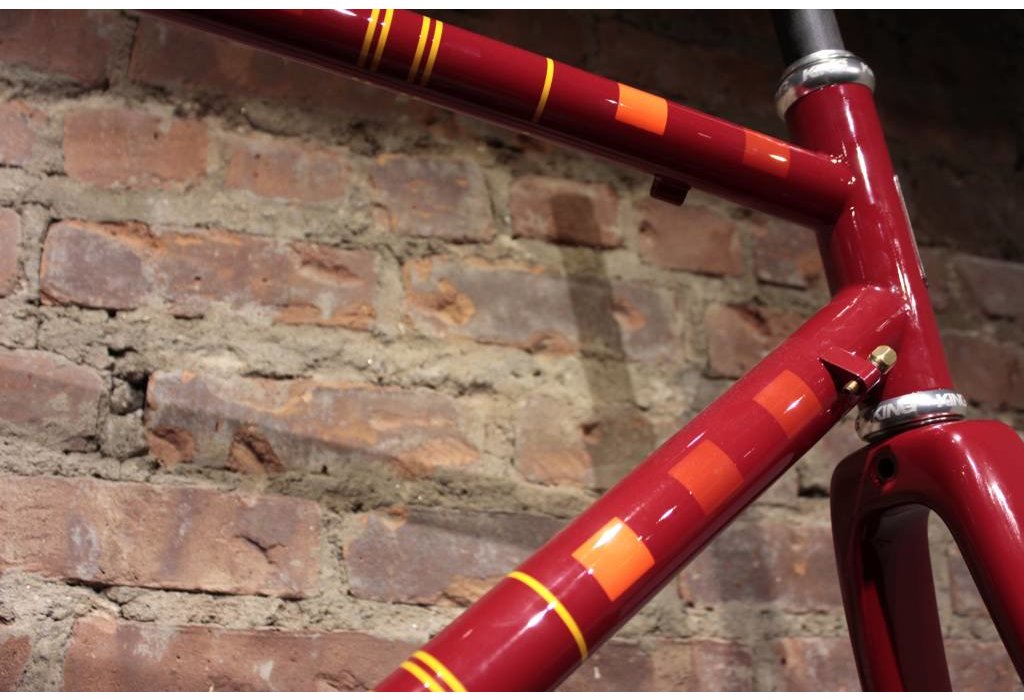 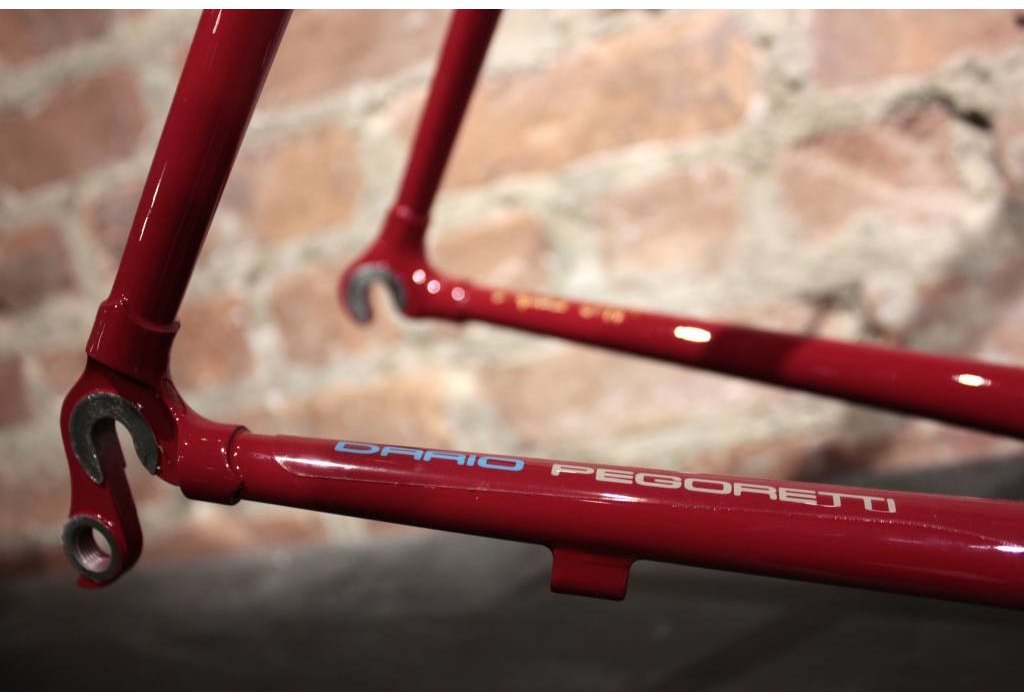 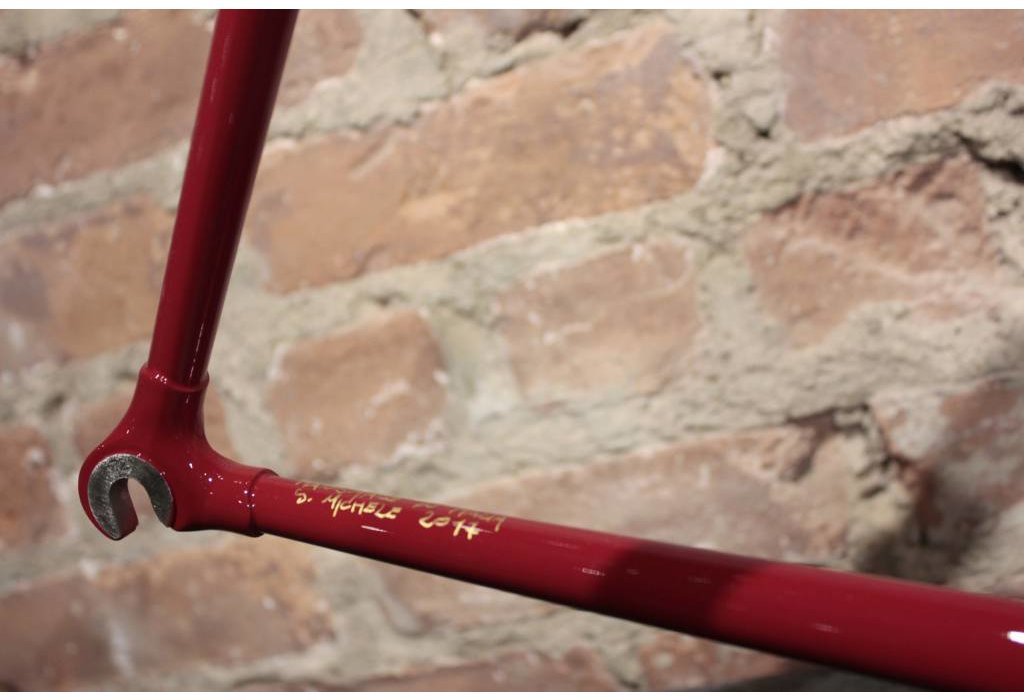 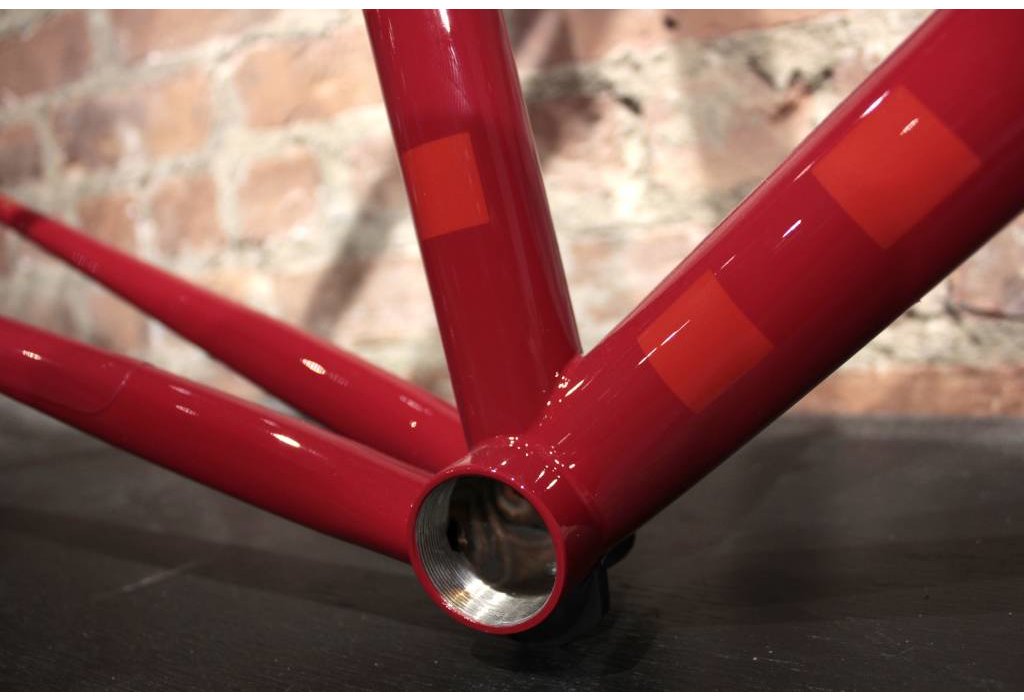 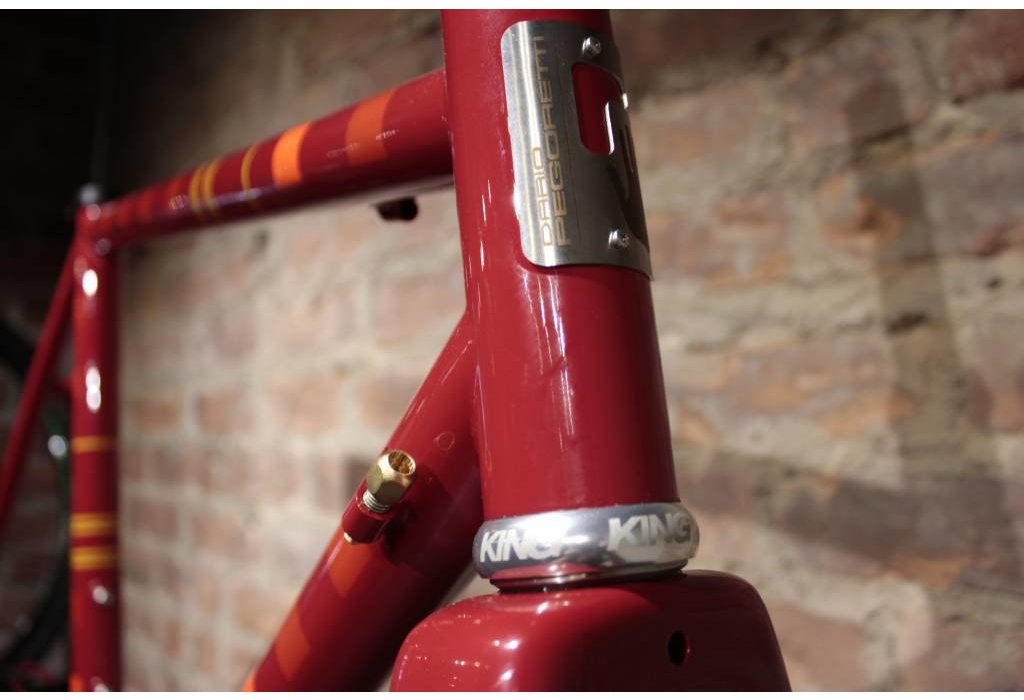 Drawn to Dario's specification, the Columbus Spirit tubing is more traditional in its styling and shapes, and results in a kinder, more forgiving ride than some of its brethren. Accompanied with the Pegoretti-designed, Columbus-manufactured Falz fork and Chris King D11 headset, and finished in a beautiful Red Piazza paint scheme, this frame is sure to stop shows and turn heads.