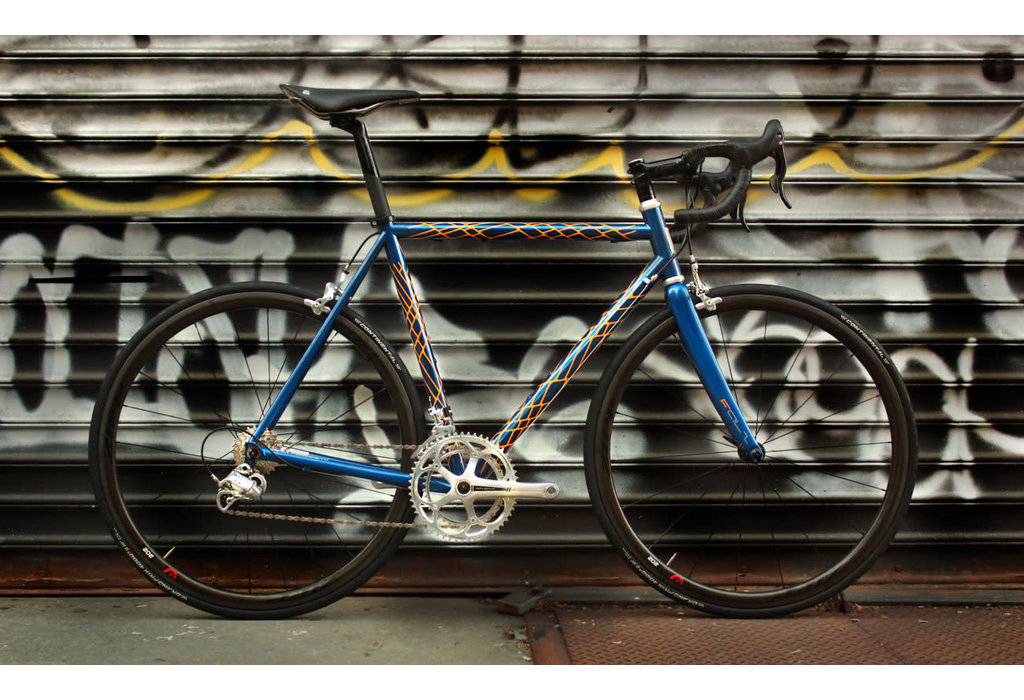 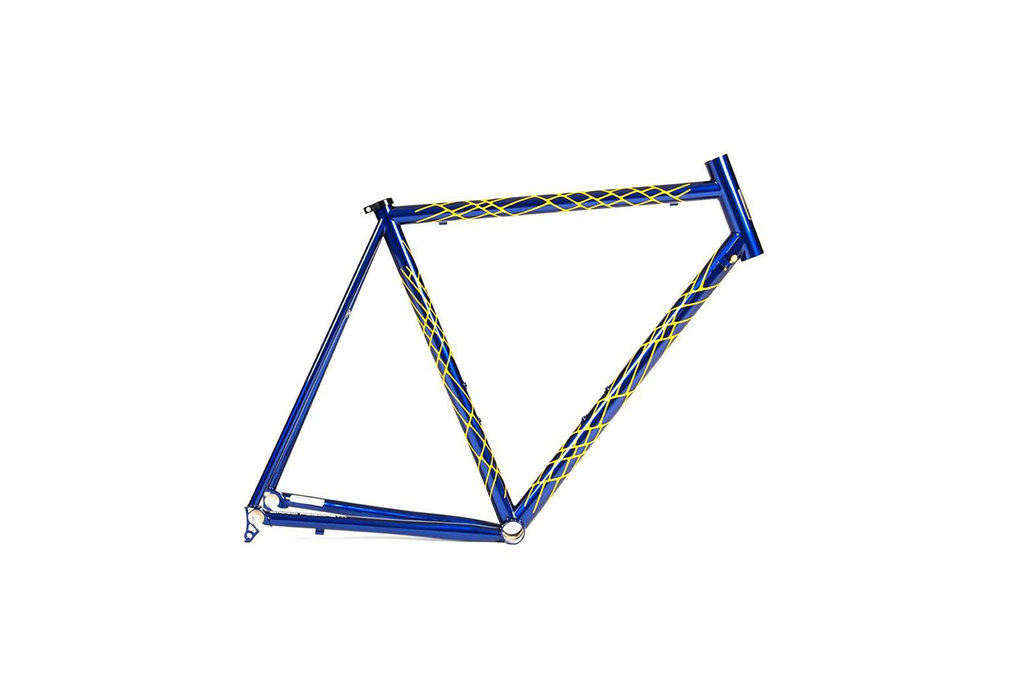 As with other Pegorettis, the Responsorium derives its name from not just the Dino Saluzzi album, but also a historical notion: A Responsorium, or rēspondēre from Latin, was an anthem or chant that came after the lesson or sermon, summarizing and tying together its main principles and message. And much in the same way, the Responsorium is the grand finále of the Pegoretti line; Dario's lasting and most complete vision for a bicycle frame.

Built from custom-drawn-for-Dario Columbus XCr stainless tubesets, the Responsorium is the lightest option in the Pegoretti line, with a more forgiving ride than the Marcelo, and better responsiveness than the Duende. For a ride that fully expresses the expert mastery that Dario Pegoretti brought to frame-building, there is truly no other option.

Available here as FRAMESET ONLY (frame, Falz fork, and Chris King D11 headset) in the iconic Conic colorway, this frame was built by Dario prior to August 2018.